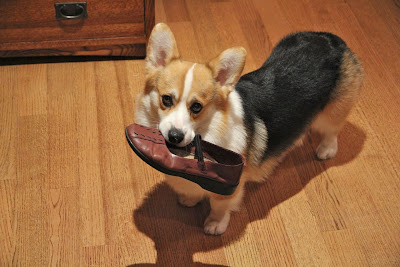 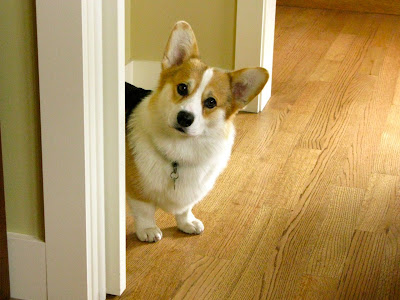 Hank's been busy shopping as an Elfster Secret Santa for a blogster friend at Corgi Butts. Here are some of his favorite ornaments.

A Pembroke in a wreath… go figure. 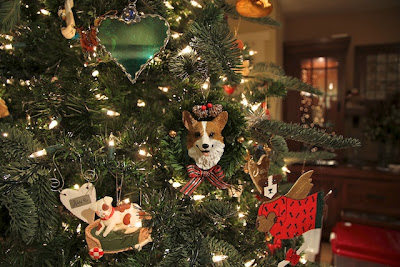 A Corgi with lights. 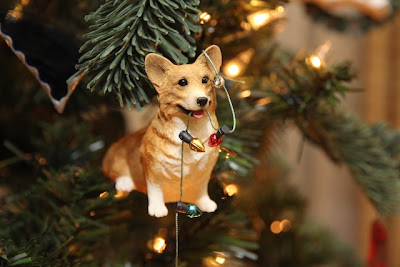 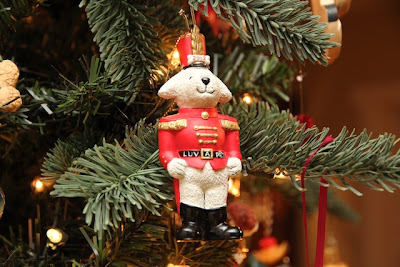 And our favorite, a Pembroke angel tree-topper from In the Company of Dogs. 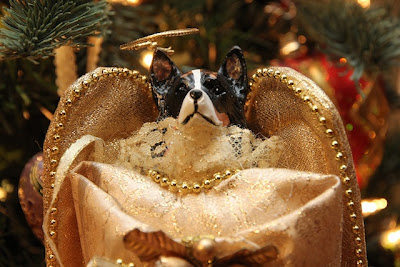 Our tree has a couple of hundred dog ornaments… it's true, we're hopeless.

Hank helping us to get into the Christmas Corgi spirit. 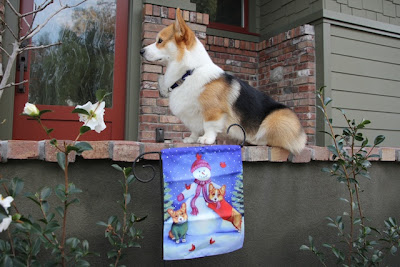 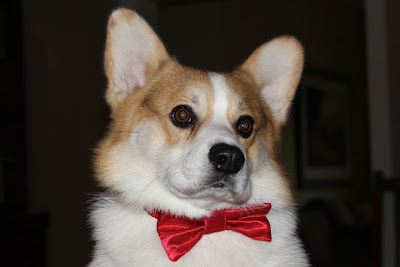 A little more down to earth… here's owner and handler John Baker with Wednesday and Thursday's Winner's Dog, his Rosewood Bay Run II… one of Liisa Coit's (Rosewood) Corgis. Nothing like having the judge point to you in the ring, it's a thrill. Here's Hank with Debbie at the Pembroke Welsh Corgi Club of Southern California's booth at Meet the Breeds. Our booth won a Group Fourth Place. Yes… we were in costume… a Welsh farmhouse a few hundred years ago. 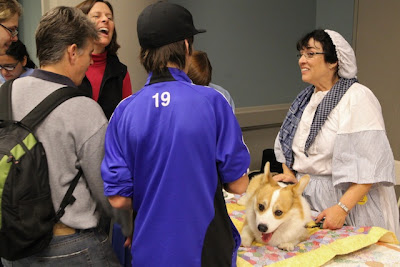 Doug and Denise Hansford brought their herding/obedience/agility Corgis… smarter than most kids… sweeter too. 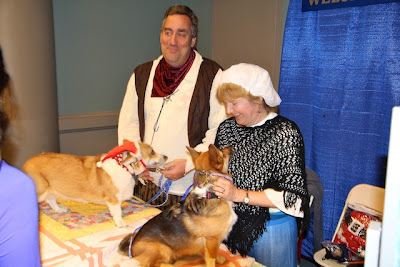 Ellen Perlson (Tromba) with Dazzle (Tromba's Just Our Secret)… Dazzle's not sure about the hat. 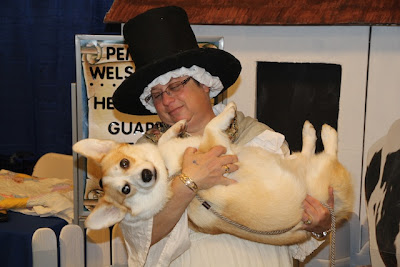 Sometimes the dogs just get bored with all of this… 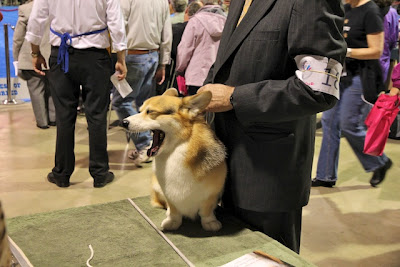 A hard day… chasing squirrels in the yard… playing with that Labradoodle in the park… terrorizing the seagulls at Colorado Lagoon… I'll stay in the kitchen… there just might be a food opportunity… I'm not sleeping… I'm just resting my eyeszzzzzzzzzzzzzz. 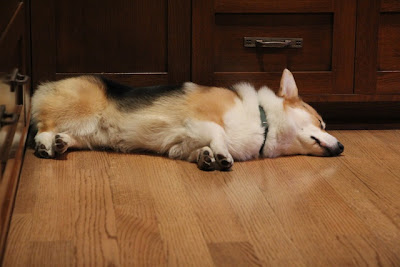 “Molly” (Ch Segni at Coventry) went Best of Breed and won the Herding Group on Sunday at the San Gabriel Vally Kennel Club in Industry Hills, CA. Molly is one of Bill Shelton's Corgis. 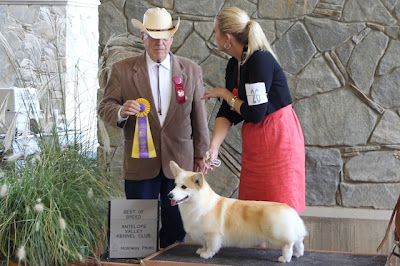 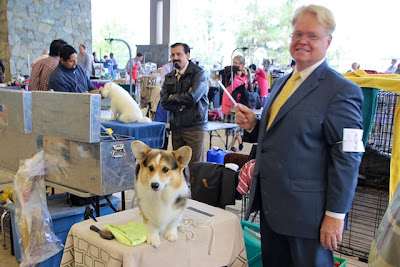 Our “Hank” (Ch Pennyshire Solid Alibi) took Best Opposite to Molly. The weekend had a western theme… howdy! 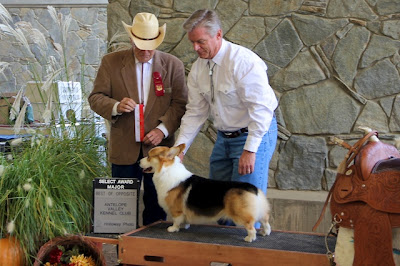 In case you're keeping score… all three of these dogs have the same Sire, “Dash” (Ch Woodbine Flashy Alibi), from three different litters. On the phone with Dash's owner, Elizabeth Sessions after the judging… we think Dash could rest a little.

Here's Liz with Dash at this year's Specialty of the Pembroke Welsh Corgi Club of America in Lancaster, PA. 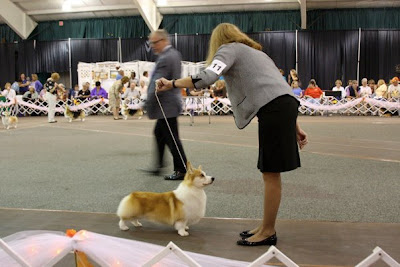 Hank went Best of Breed at the Riverside Kennel Club show in Lake Perris this weekend. Nice weather, very pleasant location, wet uneven rings, people and dogs in Halloween costumes… all in all, a lot of fun. Check our Smiling Corgi YouTube Channel for video.

Bible Verse of the Day

For at one time you were darkness, but now you are light in the Lord. Walk as children of light.
Ephesians 5:8

Regional Corgi Clubs - In Order of Founding by PWCCA